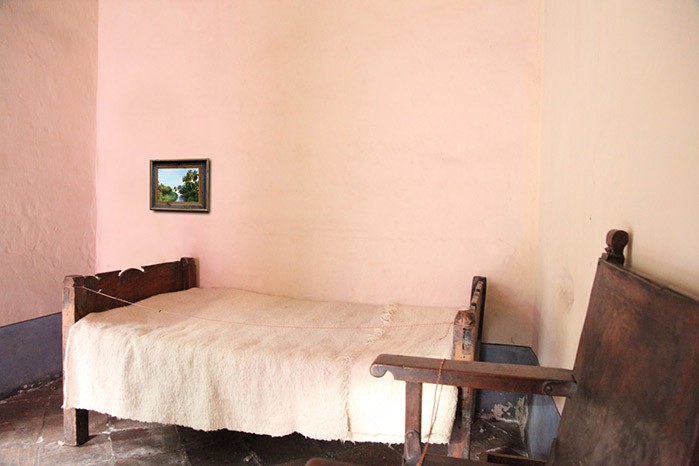 “What matters more than anything else is our native soil. Our lives are nothing but the country which we inherit".

Additional to the objects, documents and symbols that form part of our Independence, the iconography found in its visual depiction may constitute one of the principal pillars on which our sense of identity as a nation is founded. A significant part of this collective imaginary can be found within the collection at the Quinta de Bolivar museum, which has served to present this chapter of our history to the public, during the past century, as well as the current one. This has been done through the reconstruction of the domestic setting which Simón Bolivar inhabited during his various stays throughout his liberation campaign.

However several questions arise when walking along these rooms: Which pieces best represent the physical territory of Colombia? The rugs made from the fique plant which cover the rooms' floors? The embalmed birds inside glass capsules? The plants in the exuberant garden? The hammock in José Palacio's room? Or perhaps the fruit and vegetables in the kitchen? All of these elements play a secondary role in relation to the great protagonists: the portraits which hang on the walls, the furniture pieces, Bolivar's personal belongings and such imposing spaces as the main dining room. These objects are organized and displayed in the museum so that the ensemble simulates a domestic environment. Many of them, mostly of European origin, come from varied collections and probably few of these shared in the past this same space simultaneously.

My proposal consists in carrying out a substitution of the paintings hung within the Quinta de Bolivar house-museum. These paintings, most of which are portraits, will be replaced by landscape photographs which are a part of the Atlas of the Andes project. These landscapes were not only the background for many of the journeys and battles which were part of the liberation campaign, but also inspired the principal actors in their struggle for Independence. By temporarily expanding the Quinta de Bolivar's museographic script, I aim to make visible the physical aspect of our country as well as expose to it's audience the the territory which was liberated by Simón Bolivar and to rethink the discourse around the iconography which represents our identity.